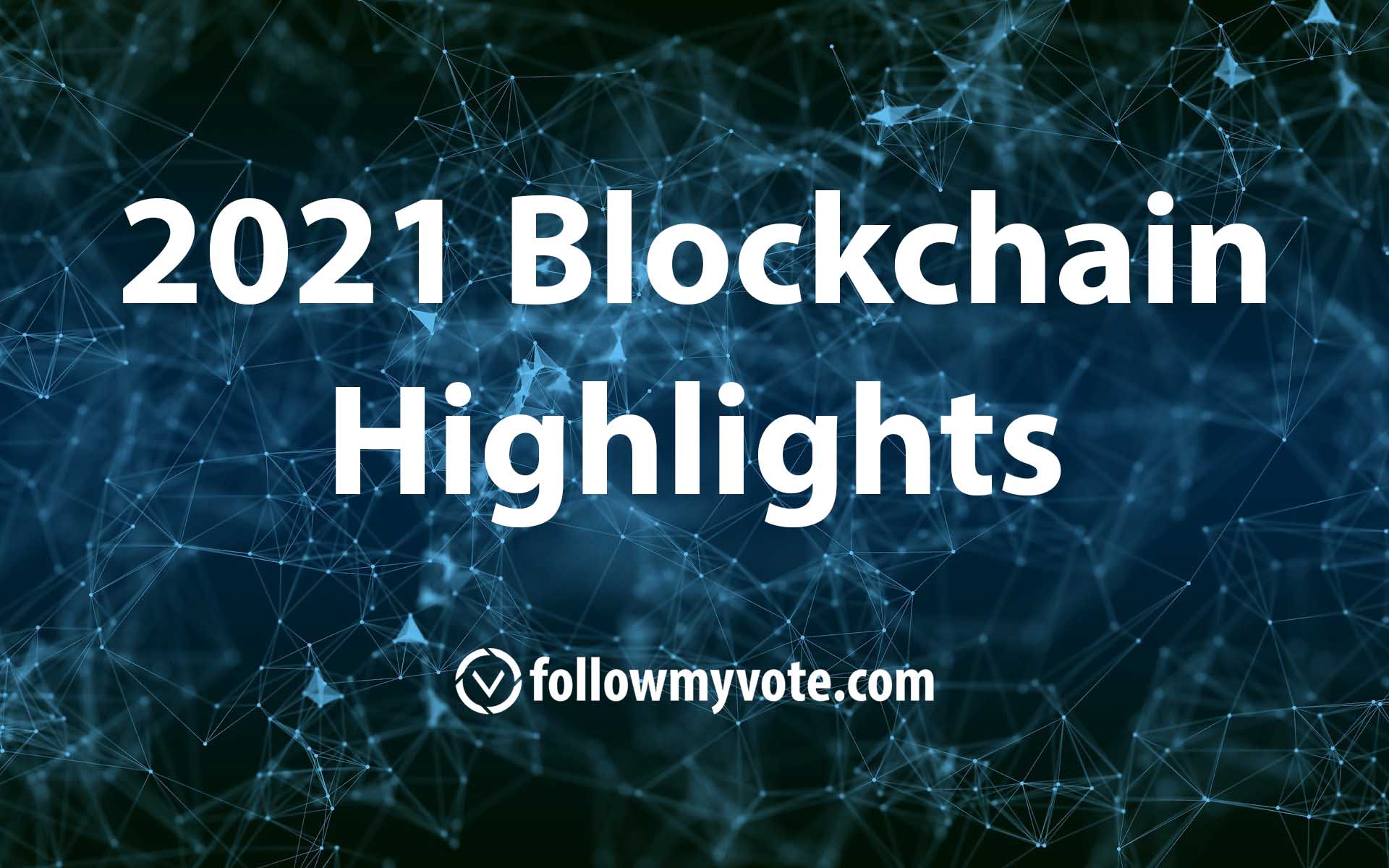 At Follow My Vote, we build blockchain solutions primarily for voting applications. But while we continue to build our own software, we keep a vigilant eye on competitors and exciting projects in the blockchain space. Three projects that we would like to highlight on our blog and give recognition to are Solana, Bitcoin Cash, and Avalanche.

Solana is a rather new open source project, launching officially in March 2020 by the Solana Foundation, headquartered in Geneva, Switzerland. The project competes to provide decentralized finance (DeFi) solutions contending against platforms like Ethereum.

Solana (SOL) uses a unique hybrid consensus model. Proof-of-history (PoH) is combined with the proof-of-stake (PoS) to reach consensus on the blockchain. Proof-of-stake has been used by many other projects, but proof-of-history is a bit more noteworthy. PoH uses a verifiable delay function (VDF) to assign timestamps on the blockchain in a decentralized manner. Ethereum, by contrast, uses outside programs to assign a timestamp so transactions can be validated in the order they were received. On Solana, this forces block producers to go through the VDF to get to their assigned slot and produce a block. On the Solana chain, data is inserted into the sequence by appending the hash of the data of the previously generated states. The state, input data, and count are all published. This creates an upper bound on time and since PoH can reference a previous hash, the lower bound time is also known. Therefore the VDF will indicate the exact time of any transaction. This entire process is important because it allows the Solana chain to speed up transaction speed. Since everyone knows the exact time, validation can be completed much quicker. Solana now has the capability to process up to 50,000 transactions per second.

Solana’s future looks bright with their Proof-of-history innovation. They also boast low fees and a growing marketplace for NFTs.

Bitcoin Cash was created in 2017 as a result of concerns about the scalability of Bitcoin. Developers and Bitcoin influencers could not come to terms on the best way to scale the blockchain. Some supporters pushed for the Segregated Witness update while others called for scaling onchain by increasing the block size. A hard fork occurred and two blockchains emerged, one called Bitcoin and one called Bitcoin Cash.

Bitcoin Cash is the project that chose to scale onchain, and is considered by many to be the continuation of the original Bitcoin project as peer-to-peer electronic cash. Bitcoin moved on with SegWit which has been described as inelegant and complicated, creating two parallel sets of rules for evaluating transactions, but ignoring one of them. SegWit technically breaks Bitcoin’s security by empowering miners and anyone who can coerce them to steal balances. according to the Bitcoin protocol, all segwit transactions can be spent by anybody with no proof of authorization. That means that literally anyone can make a transaction that spends the bitcoins in a SegWit address. The “witness data” (which is the rules for who’s allowed to claim the outputs, and the proof that the rules were followed on the inputs that claim the outputs) is moved out of the main block and replaced with a simple “anyone can spend me, there are no rules and no proofs,” and it’s up to miners to know what the rules really are, ignore the “anyone can spend me” instruction, and instead apply the rules from the witness data. Even so, Bitcoin has continued to gain popularity and value, dominating the cryptocurrency space.

Bitcoin Cash (BCH) has not experienced the same rise as Bitcoin, but has been innovating nonetheless. The principal goal of Bitcoin Cash is to provide more economic freedom to those who need it in the world. In this regard they have been making strides. These include advancements to the blockchain such as introducing Schnorr Signatures, the implementation of a token standard called SLP, and a new difficulty algorithm. Bitcoin Cash has also been successful assisting communities in countries like Argentina, Venezuela, and South Sudan. Flipstarter is another exciting project for Bitcoin Cash. The project is a noncustodial crowdfunding tool that uses BCH. This tool empowers the community to use its own means to fund valuable projects for the BCH environment. Bitcoin Cash is also making moves with regard to institutional investment. Greyscale is now offering shares of the Bitcoin Cash Trust to institutions allowing institutions to disregard custody concerns. A new fungibility protocol directed at obscuring transactions on the BCH chain called Cashfusion was implemented, which is a big step forward for privacy. A whopping $3.2 billion has been anonymized via Cashfusion. Lastly, Bitcoin Cash is now a competitor in the decentralized finance (DeFi) space. General Protocols launched Anyhedge and Detoken, which are two new DeFi tools designed to operate on top of the BCH protocol.

Avalanche (AVAX) launched it’s mainnet in 2020 and has grown leaps and bounds in 2021. The project  is a layer one blockchain that focuses on decentralized applications and custom blockchain networks. Avalanche is competing directly with Ethereum in the smart contract space and hopes their higher transaction output will give them competitive advantage. (TPS is upwards of 6500 currently)

What makes Avalanche special is their use of three interoperable blockchains to achieve true decentralization at scale. The three chains are the Exchange Chain (X-Chain), the Contract Chain (C-Chain), and the Platform Chain (P-Chain). The X-Chain serves as an exchange for the AVAX tokens and other assets on the chain. This blockchain is run by the Avalanche consensus mechanism. This mechanism works to allow all nodes to process and validate transactions by enlisting a directed acyclic graph (DAG) protocol. By doing this, transactions are processed simultaneously, and validators can be statistically certain transactions are correct via their random polling. The C-Chain exists to run smart contracts and dApps. This chain includes the Avalanche Virtual Machine giving devs the ability to fork Ethereum Virtual Machine compatible dApps. The C-Chain is operated by the Snowman consensus mechanism, which is the implementation of the Avalanche consensus protocol for linear chains. The final blockchain in the trifecta is the P-Chain. This chain coordinates the network validators and controls subnets. Subnets are sets of validators. The P-Chain also runs on the Snowman consensus mechanism.

We commend Avalanche for their continued development of blockchain bridges, which allows the transfer of data between two different blockchain projects.