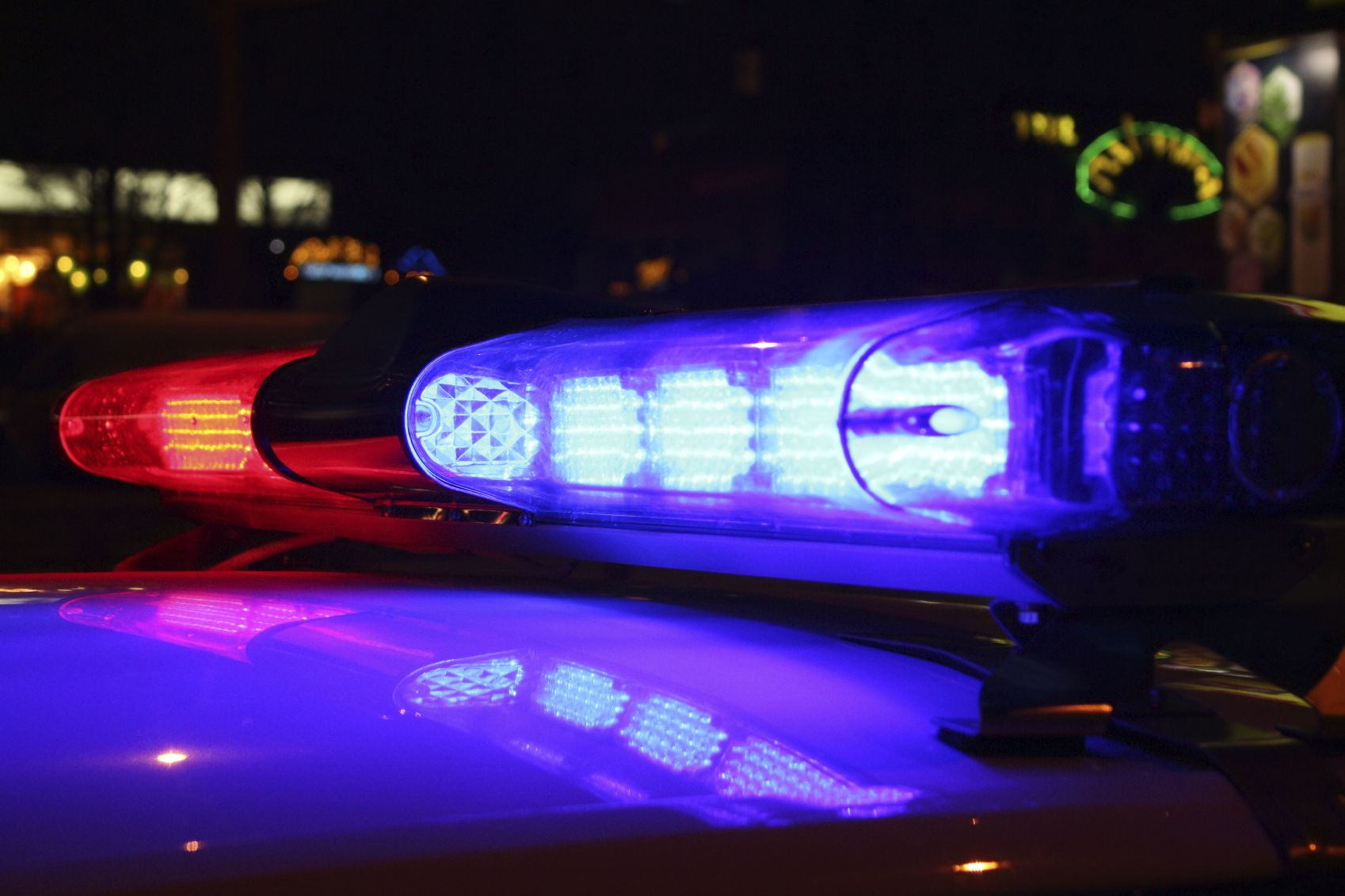 If you have been paying attention to the news lately you have heard about the Baltimore riots and the incident surrounding Freddie Gray.  Many people are quick to jump to conclusions. These days you are usually on one side or the other. The police are either too brutal and are evading justice or the criminals are out of hand and need to be dealt with for the greater good of the public.

As Follow My vote is a nonpartisan organization reporting on important events, we thought we would take a deeper look at this issue that is quickly becoming one of the most talked problems in the US. Before we dive in, we would also like to state that it seems that the majority of the population in the U.S. trusts police. Therefore, it’s highly like that there are many upstanding officers in the police force. Yet, with this and other recent news stories, you cannot deny that we are facing a national problem.

It is true that Freddie Grey had a criminal record. He had been arrested a total of 22 times. Most of these were for possession and distribution of illegal narcotics. “We the People” deserve to know how this man died. He was taken into custody and, while being transported, suffered injuries to his spinal cord and larynx that resulted in his death. Every citizen deserves a fair trial in court before suffering sentencing and punishment.

One would argue that the citizens of Baltimore are justly outraged. However, this does not justify the burning of local businesses and destroying the very community in which they live. If we look to the past, we can see what peaceful protests look like and what they can accomplish.  Martin Luther King Jr. led peaceful protests which led to change.

The issue of police brutality is not new. Roughly 23 years ago a similar incident occurred in Los Angeles, California. The now infamous 1992 Los Angeles riots, also known as the Rodney King riots, followed a police brutality incident that was videotaped. Police officers beat Rodney King after a high-speed police chase. The officers involved were acquitted of the charges, which resulted in public outrage, riots, and looting.  The riots lasted 6 days with a total of $1 billion in estimated damages.

There are many reasons for the rift between the public and the police in America. One initiative that has created distrust and resentment towards police is the war on drugs. Many nonviolent citizens have been sent to prison over possessing a plant or substance that the government deems illegal.  Often times, excessive force is used by the police during their apprehension of these citizens. To support this initiative, the police and the Drug Enforcement Agency have had to increase their members and equipment. Much of this equipment has led to the militarization of the police in America, another contributor to the rift between the public and police.

Today, the U.S. continues to be involved in military operations around the globe. To do this they must have the most technologically advanced weapons and vehicles. This leaves the outdated equipment up for sale. The U.S. obviously won’t sell this war equipment to enemies overseas, and our allies don’t want outdated equipment. This leads to the police in America acquiring military grade equipment and vehicles at a steep discount. This can be a scary sight for U.S. citizens seeing tank like vehicles and heavy artillery next to malls or places of business.

To solve some of the distrust between citizens and police, police officers have begun wearing body cameras. Initially, politicians promoted the body camera wearing initiative, claiming it would add transparency and accountability to the police force. In theory, many people would agree that body camera use by police was and still is an extremely good idea; however, the way in which body cameras are being used isn’t holding true to our politicians’ claims.

Currently, the police have the ability to turn off their body cameras. This is completely counterproductive to achieving transparency and accountability. Currently there are articles to help police maintain their status of operations while wearing cameras such as “10 body camera patrol tips to keep attorneys off your back“. Articles like these are published by policing websites and even include advice on using profanity while on duty and how to best present video footage in court. If we can make cameras with the ability to record through an entire shift without the user having the ability to turn them off, we will make some real progress towards trust.

In 2005, the Supreme Court ruled that police do not have a constitutional duty to protect someone.  According to the court, their only job is to enforce the laws and meet their monthly quotas of arrest or tickets.

These real life examples and information only aid in agitating the public and creating distrust towards police in America. But, we digress! There is more to the story in Baltimore…

Recently, The Marshall Project released an article on the police’s Bill of Rights (NOTE: The Marshall Project is a nonprofit nonpartisan organization that reports on America’s criminal justice system). The Mayor of Baltimore said one of the issues regarding the incident, was that the officials were unable to truly talk with the officers involved due to the Law Enforcement Officers’ Bill of Rights. This is often referred to as the LEOBoR:

That such a bill of rights exists was news to many in Maryland. But the mayor was correct to note the significant role that the LEOBoR, as it is called, has played in the investigation into Freddie Gray’s death. A set of due-process rights for police officers under internal investigation for alleged misconduct, Maryland’s LEOBoR includes a provision that the officers cannot be forced to make any statements for 10 days after the incident, during which time they are presumed to be searching for a lawyer. It is partly because of this “cooling-off period” — to critics, a convenient delay for the cops to tidy up their stories — that so little has been said by the only people who know what took place within that vehicle.

The idea, say union officials, is that what constitutes due process for civilians is not protection enough for enforcers of the law, who operate under the aggressive scrutiny of internal investigators and the public. As the Police Benevolent Association has put it, “Rank-and-file police officers are sometimes subjected to abusive and improper procedures” by internal affairs officers and prosecutors out for blood.Says Vince Canales, the president of Maryland’s Fraternal Order of Police, “All this does is provide a very basic level of constitutional protections for our officers, so that they can make statements that will stand up later in court.””The police,” he adds, “have rights like anyone else.”And then some. LEOBoR is the original Bill of Rights with an upgrade, assuring police officers treatment that they themselves do not consistently offer to suspects they are questioning. Here is a sample of the common provisions in these measures, which vary from state to state:

If a department decides to pursue a complaint against an officer, the department must notify the officer and his union.

The officer must be informed of the complainants, and their testimony against him, before he is questioned.

During questioning, investigators may not harass, threaten, or promise rewards to the officer, as interrogators not infrequently do to civilian suspects.

Bathroom breaks are assured during questioning.

In Maryland, the officer may appeal his case to a “hearing board,” whose decision is binding, before a final decision has been made by his superiors about his discipline. The hearing board consists of three of the suspected offender’s fellow officers.

In some jurisdictions, the officer may not be disciplined if more than a certain number of days (often 100) have passed since his alleged misconduct, which limits the time for investigation.

Even if the officer is suspended, the department must continue to pay salary and benefits, as well as the cost of the officer’s attorney.

Of course, all of these rights apply only during the internal investigation of police officers, that is, by their own departments. They would not receive this special treatment during a criminal investigation by an outside agency such as the Department of Justice.

In conclusion, one would argue that all citizens should have these rights and the key to fixing the rift between citizens and police in America might simply be communication and equal justice. If there is good communication the public should be able to understand what is going on. The public needs to know how investigations are being conducted and what the police do and don’t know. Furthermore, justice must be served equally. Cops who are out of line must be prosecuted to the same extent as a normal citizen. Only then will the opportunity open for repairing the distrust between citizens and law enforcement.

Read the full article from The Marshall Project

How BlockChain Technology will Change the World