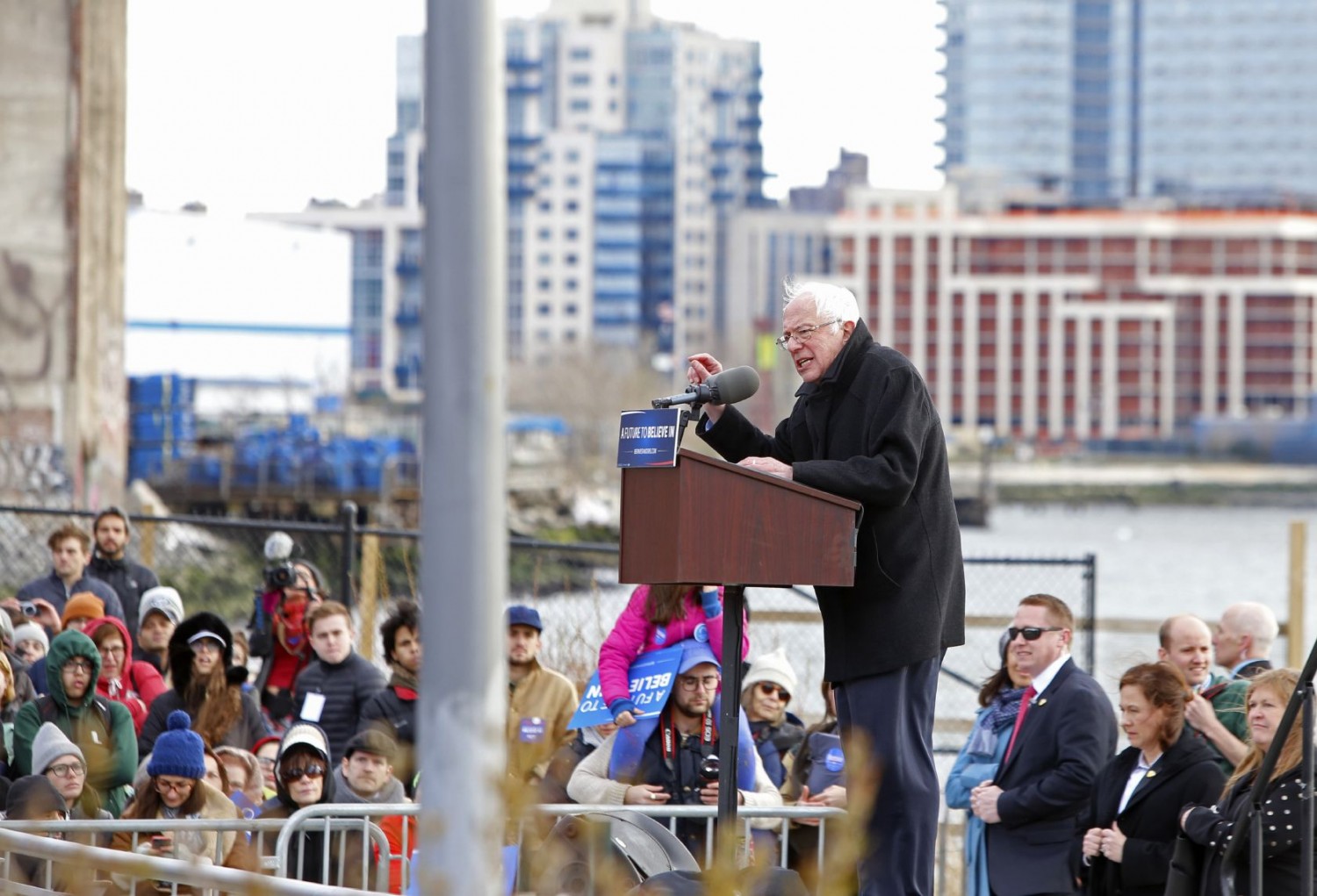 Multiple outlets are reporting instances of election fraud in the New York primary. The Democratic Party’s primary on Tuesday appeared that it would be a tough contest between Clinton and Sanders. However, some Bernie supporters throughout the state reported that they could not vote for him.

Bernie Sanders criticized the voting process of the New York primary (which he lost big) on Wednesday https://t.co/iUVsqRBwMp

“Calls began flooding in early this morning to New York-based ABC affiliate WGRZ with reports of voting machines across the state switching votes entered for Democrat Bernie Sanders to his establishment counterpart Hillary Clinton. The station has spoken with multiple witnesses and is in the process of verifying statements from voters Upstate (districts 20, 21, 22 and 24) as well as two of the five boroughs (Bronx and Manhattan).”

“Meanwhile, the state Attorney General’s office said its voter hotline received the most calls in its history Tuesday.

The hotline received 562 calls and about 140 emails from voters as of 5 p.m. The most common complaints were from voters who were told they weren’t registered to vote or that they couldn’t participate in a party’s presidential primaries. Other complaints ranged from lack of privacy, unclear instructions and accessibility issues.”

Reports of voter fraud and purged voter rolls have led to an audit of New York City’s Board of Elections. More than 100,000 Democratic voters in Brooklyn (New York holds closed primaries) were purged from the voting roll. On top of that, some New Yorkers reported that poll workers attempted to coerce them into voting for Clinton over Sanders. Others simply complained of long lines and broken voting machines.

The New York Post reported similar issues in Brooklyn where thousands of people experienced trouble at their polling location. Mayor Bill de Blasio and Bertha Lewis, director of the Black Institute, have both called for an investigation. However, the Board of Elections Executive said this vanishing act is easily explained…

“Board of Elections Executive Director Michael Ryan said the mystery is easily explained: Because of retirements and staff illness, the voting list was not properly maintained in Brooklyn for six to eight months.”

Regardless of what the investigation reveals, we can do so much better. In a city as vast and bustling as New York, citizens could reap the benefits of blockchain voting. New Yorkers could enjoy complete anonymity and follow the election in real-time. If the Democratic Party of New York would have used blockchain voting, any concerned voter could audit election results to ensure election fraud was eliminated.

At Follow My Vote, we envision an open source, end-to-end verifiable voting system. If you believe that blockchain voting can eliminate voter fraud and bring honest elections to the world, check out our crowdfunding campaign going on right now! Help us make history in 2016.