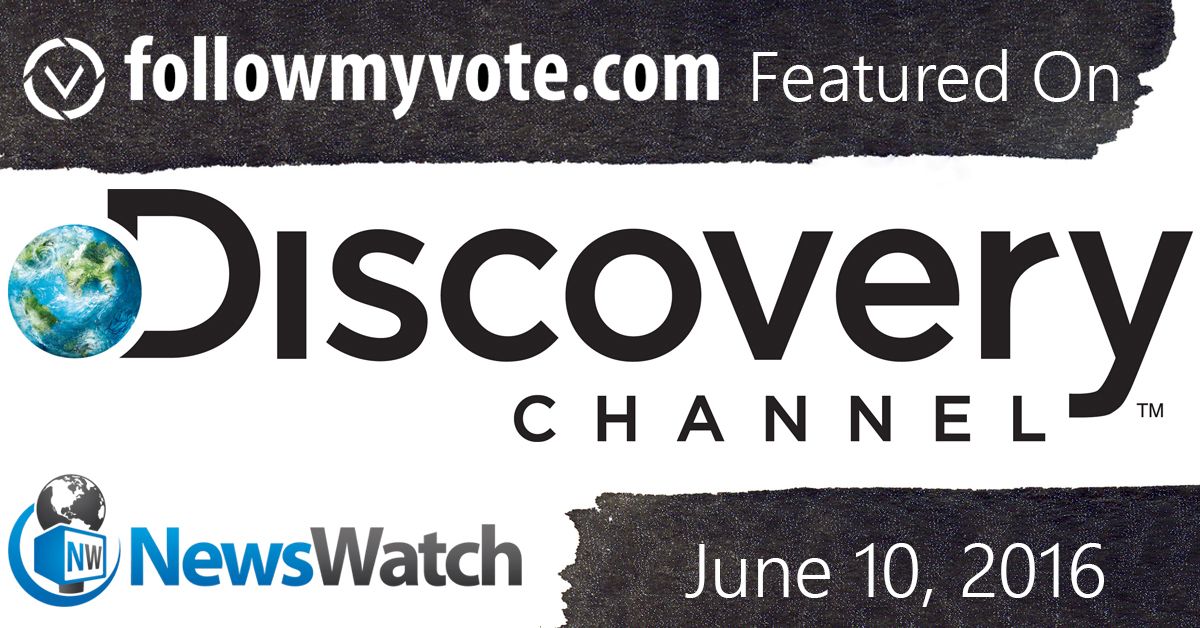 Our latest press feature comes from a nationwide news show! Follow My Vote was featured on NewsWatch Television on the Discovery Channel on Friday, June 10th, from 7:00-7:30 AM ET/PT. Each edition of NewsWatch reaches more than 96 million households nationwide.

The episode was listed in cable guides as the ” Dads and Grads Tech Special’. The episode followed Andrew Tropeano, the host of NewsWatch, as he and special guest, Scott Steinberg, unveiled the top gifts for Dads and Grads. Special appearances by Woody Harrelson from “Now You See Me 2”.

Follow My Vote currently has a crowdfunding campaign on Kickstarter to help fund the parallel election, which will run alongside the 2016 US Presidential Election. This demonstration will prove to the world how convenient and secure blockchain voting can be. We invite you to be a part of history!