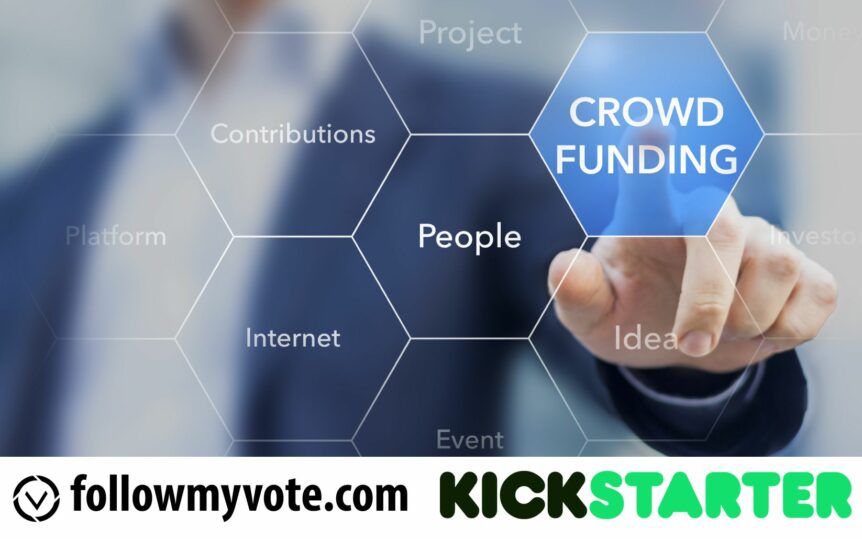 On April 13 2016, Follow My Vote launched an epic crowdfunding campaign on Kickstarter. We are developing verifiable open-source blockchain voting software, making voting honest and convenient, once and for all. Help us prove demand for our technology by donating to Follow My Vote’s Kickstarter Crowdfunding Campaign today!

Watch us literally launch the campaign in this video:

Join our movement on social media with the hashtags #WeAreTheFuture and #HonestElections.

Follow My Vote is solving the current voting crisis with innovative technologies. A voting platform that can gain transparency into elections, without compromising voter privacy will ensure that election results are accurate. Follow My Vote is accomplishing this by using blockchain technology and elliptic curve cryptography to build an open-source platform that is secure and truly verifiable from end to end.

The funds raised from the Kickstarter crowdfunding campaign will go towards completion of the project and demonstrating the power of blockchain voting to the world.