Follow My Vote is making history by becoming the first company to develop blockchain voting software and integrate it with the BitShares blockchain!

It’s important to note that, when designing our stake-weighted voting system’s architecture, we designed it in such a way to ensure that our blockchain voting software was portable from one blockchain to another. If you are interested in learning more about the architecture behind our blockchain voting software, be sure to check out the diagram below for a closer look at our stake-weighted voting system’s architectural design: 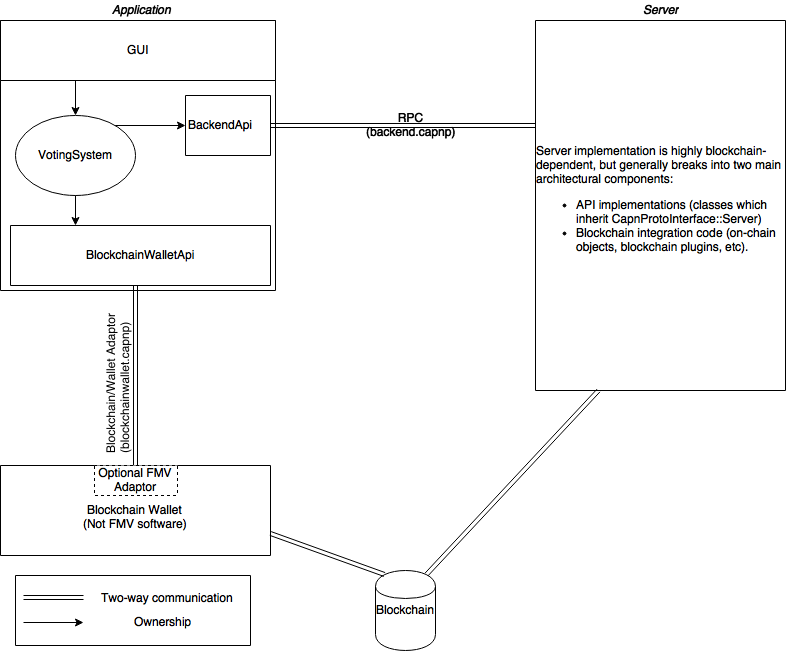 Now that we’ve successfully integrated our stake-weighted voting software with the BitShares blockchain, we thought it would be best to create a tutorial on how you can get our software up and running on your device.

Steps To Get Follow My Vote’s Stake Weighted Voting Software Running On Your Device:

Anyone that wishes to run our blockchain voting software to conduct a stake-weighted poll on the BitShares blockchain can visit our open-source code repository on github.com and compile the software themselves, regardless of the device and operating system you are using.

If you are interested in doing so, here’s the link:

For those out there that don’t have the technical skills to do this on their own, don’t worry. Help is on the way! In the days ahead, we will be developing binary files specific to all major operating systems, to include Linux, Mac, Windows, IOS, and Android.

Currently, we only support both Mac and Linux based computing systems.

For those of you that have a Linux operating system installed on your computer, you can install our blockchain voting software by installing Follow My Vote’s Stake Weighted Voting snap package.

What is a snap package, you ask?

Snap packages, or ‘Snaps’, made their debut in Ubuntu 16.04 LTS. A Snap is a fancy zip file containing an application together with its dependencies, and a description of how it should safely be run on your system. Snaps can run on other Linux distributions, including Arch, Fedora, Linux Mint, CentOS and Gentoo. As such, Snaps are quickly becoming the de-facto Linux app package format.

To install Follow My Vote’s Stake Weighted Voting snap package, all you need to do is open up a terminal and run the following command:

If you have a Mac, you can download Follow My Vote’s Stake Weighted Voting Mac binary file directly from our github repository at the link below:

Once you’ve downloaded the Mac binary file, you’ll need to open the application using the DiskImageMounter. From there, you should see voting application listed as a device named “VotingApp by Follow My Vote” in the Devices section of the Finder.

Upon locating the application on your computer, go ahead and launch our Stake Weighted Voting app. Then, you’ll need to open your web browser of choice and visit the following URL:

The above URL will take you to a web-based version of the BitShares wallet configured to work with our Stake Weighted Voting app. You’ll need to export your keys from your existing BitShares wallet and import them into this new wallet. Once this step has been completed, the Stake Weighted Voting app should sync with the blockchain and load all of the contests that have been created to date.

NOTE: if you don’t already have a BitShares wallet, you can create one by visiting the following URL:

Once you’ve reached this point, you should be able to vote on any of the existing contests or create a contest of your own. Please keep in mind, however, that when contests are created, the creator must choose an asset on the BitShares blockchain for which to weight votes cast in that contest. This means that in order to vote in a contest, you must hold the asset the contest pertains to in your BitShares wallet. Otherwise you won’t be able to vote in that contest.

As a final note, we wanted to you know that we’ve created a demo video of our blockchain voting software so that you can see it in action. Enjoy!

About the author: Adam Ernest is the CEO of Follow My Vote.