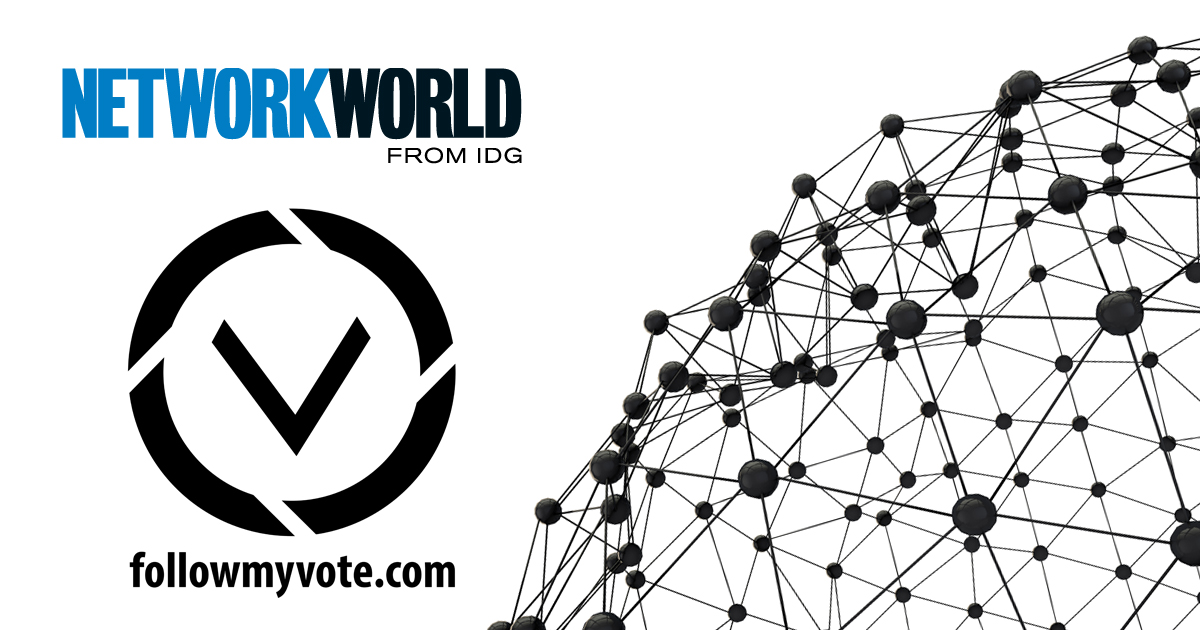 In a recent article on Network World, Patrick Nelson wrote about Follow My Vote and how blockchain technology can revolutionize elections. Nelson discussed the recent and startling Brexit vote in addition to the way information is spread via social media. His point being that voting is changing. People are receiving information much faster and discussing issues online. But the most critical part of the process, casting your ballot, is still in the stone age.

With all the technology we have these days, it is truly amazing that there has been little to no innovation in the voting scene, UNTIL NOW! Here is a piece of what Nelson wrote about Follow My Vote and blockchain voting:

Blockchain could be adapted for elections to allow early voting from smartphones; allow second-by-second, public audit transparency of the ballot; allow you to change your vote right up to the poll close; and provide instant results right then and there.

Follow My Vote is a blockchain-based voting software solution that promises to revolutionize elections.

It works along the same principals as Bitcoin, where an encrypted ledger is distributed using computer power. That open-source, secure, peer-to-peer asset maintenance and payment system could be mimicked for numerous other purposes, many say.

Follow My Vote says its system, as with other blockchains, removes vulnerabilities. Fraud, external influence such as intimidation, miscounting and other shenanigans are eliminated.

Plus, voting would join the 21st century à la social media. The individual’s actual vote, not just his post-vote tweet or polling station’s exit poll, becomes an element in play on election day.

Transparency is a benefit, too, the organization says of yet-to-be adopted software.

After Nelson discussed Follow My Vote, he went on to explain how blockchain technology works. The explanation is short and to the point.

Roughly, blockchain works by securely managing a database via network nodes that all maintain a copy of the ledger. It’s supposedly impossible to scam because each node has a copy of the database, and the pending transactions, added in a block, are determined as valid through hash markings.

Head over to Network World to read the rest of the article.

If you are interested in learning more about how blockchains work, watch Follow My Vote CTO, Nathan Hourt, break it down in this video.

Why the Bitfinex hack isn’t the downfall of blockchain