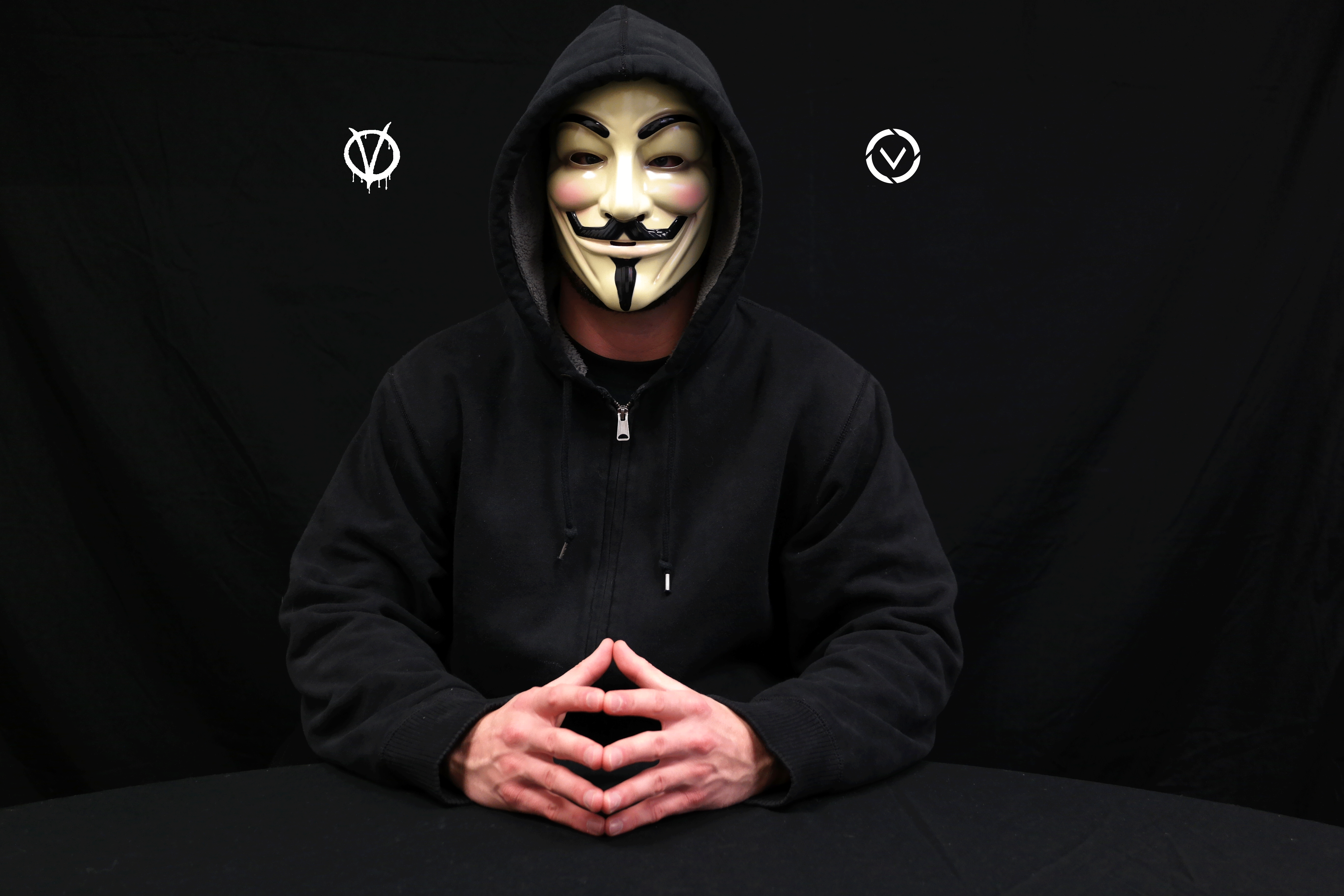 “Good evening, Citizens of The Planet…

Allow us first to apologize for this interruption. We do, like many of you, appreciate the comfort of everyday routine, the security of the familiar, the tranquility of repetition. We enjoy them as much as any man or woman. But in the spirit of commemoration, whereupon important events of the past, usually associated with someone’s death or the end of some awful bloody struggle, are celebrated with a nice holiday, We thought we could mark this November the 5th, a day that is sadly no longer remembered, by taking some time out of our daily lives to sit down and have a little chat.

There are, of course, those who do not want us to speak. Why? Because while the baton may be used in lieu of conversation, words will always retain their power. Words offer the means to meaning, and for those who will listen, the enunciation of truth.

And the truth is, there is something terribly wrong with this world, isn’t there?

Cruelty and injustice, intolerance and oppression. And where once you had the freedom to object, to think and speak as you saw fit, you now have censors and systems of surveillance coercing your conformity and soliciting your submission. How did this happen? Who’s to blame?

Well, certainly, there are those who are more responsible than others. But, truth be told, if you’re looking for the guilty, you need only look into a mirror.

We know why you did it. We know you were afraid. Who wouldn’t be?

War, terror, disease. They were a myriad of problems which conspired to corrupt your reason and rob you of your common sense. Fear got the best of you, and in your panic you turned to your government.

Today, we seek to end that silence. Today, we’d like to remind this world of what it has forgotten. More than 400 years ago, a citizen wished to embed the 5th of November forever in our memory. His hope was to remind the world that fairness, justice, and freedom are more than words, they are perspectives.

So if you’ve seen nothing, if these acts of our governments remain unknown to you, then we would suggest that you allow the 5th of November to pass unmarked. 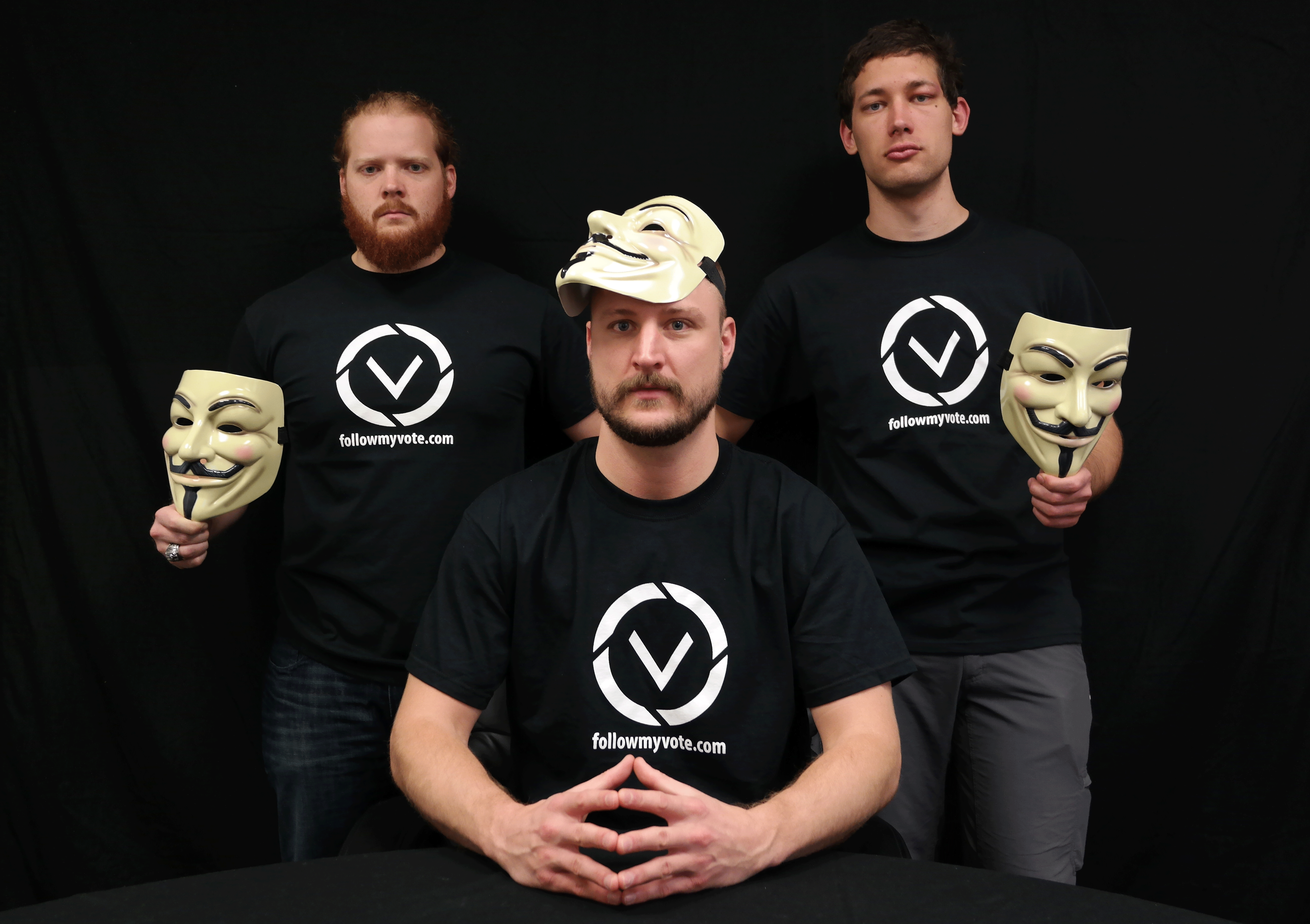 But if you see what we see, if you feel as we feel, and if you would seek as we seek, then we ask you to stand beside us, one year from today, and together we shall give the world a 5th of November that shall never, ever be forgot.” – V

The above quote is a paraphrased excerpt from the movie V for Vendetta, which refers to a man named Guy Fawkes, whom, in 1605, had an idea and attempted to blow up the Houses of Parliament to send a message to his fellow citizens that their government had become all too powerful and corrupt, and that the government ultimately needed to be put in their place.

When reflecting on this moment in history, we are told to remember the idea and not the man. Because man can fail. He can be caught. He can be killed and forgotten. But 410 years later, an idea can still change the world.

At Follow My Vote, we hear from people, old and young, that secure and verifiable online voting is an idea whose time has come. What you may not know is that the people are our customers and we aim to give the people what they want.

To this end, we have come up with a better, more secure, convenient, and honest way to cast your vote. We are leveraging blockchain technology, in combination with elliptic curve cryptography, to build the online voting platform of the future.

The people have spoken. The people want and demand the ability to freely vote online, securely, privately, with integrity and from their own device.

It is time… to catch up with the times and bring voting into the 21st century. But, most importantly, it’s time to begin voting with integrity.

Our integrity sells for so little these days, but it is all we really have. It is the very last inch of us, but within that inch, we are free. We must never lose it or give it away. We must never let them take it from us.

Therefore, Follow My Vote has decided to promote truth and freedom by taking the liberty of sponsoring a presidential election of our own in parallel to the United States Presidential Election of 2016, using a provably honest online voting system.

When you really sit down and think about it, what makes a voting system legitimate is whether or not the people decide to use it.

Voters that freely choose to cast a vote within the Follow My Vote’s parallel election will be choosing to do the right thing. Voters will be choosing to take a stand for what they believe in, to voice their support for using a voting system that has integrity, one that can be trusted because voters can count their vote with their own eyes.

When the “We the People” vote using our software, they can follow their vote into the transparent, blockchain-based ballot box to ensure that their vote was cast and intended and counted as cast. In this way, the people that vote using our voting software will be choosing honesty and transparency over secrecy and opacity. Ultimately, voters that vote in our system will be choosing to be a part of the solution rather than part of the problem.

We want to be clear that we at Follow My Vote do not advocate blowing up any buildings, or any other kind of aggressive action. While we strongly believe that people should not be afraid of their governments; rather, that governments should fear the people, we are also strict adherents to the Non-Aggression Principle and we recognize that violent action will not help us to achieve greater freedom. We seek only to remind our governments that they operate only with the express consent of the governed, and to empower the people to declare their consent clearly, as the way voting is done today does not fulfill this requirement.

We are well aware that upon reading this, there will be many of those that doubt us. There are those that may ask us, do we really think that voting in one parallel election will make this world a better place?

To those that doubt us, we must answer by saying there is no certainty, only opportunity. A parallel election is a symbol, as is the act of voting in it. Symbols are given power by the people. Alone a symbol is meaningless, but with enough people… voting in a parallel election can change the world.

We know there’s no way we can convince you that this is not one of their tricks, but we don’t care…

To be clear, we are not suggesting that anyone attempt to overthrow their own government, nor have we planted any bombs to blow up any buildings anywhere. The only thing we hope to blow is the minds of “We the People” when they get to experience voting for the President of the United States from their smartphones for the first time.

You may ask us, why haven’t we stepped forward until now? The answer is that we simply didn’t have the solution to the problem, but now that we do, all we need is you.

The question you have to ask yourself is “How do I want to be remembered on the 5th of November?” The choice is yours and yours alone to make. We cannot make it for you. This may be the most important moment in your life. Believe you me, if you want to be on the right side of history, the answer is easy…

Stand with us in 2016, on the 5th of November, and together we shall give the world a fifth of November that shall never, ever be forgot.

On this day, the 5th of November of 2015, Following My Vote will be exhibiting at Web Summit 2015, a global tech conference attended by several startups that are leveraging technology to make this world a better place. At this conference, we will be formally announcing our plans to start a transparency movement that will stand the test of time.

If you don’t live in the United States, don’t worry, there are several ways that you can get involved and take part in this movement. For instance, we have just launched an official ambassadors program and are looking to recruit agents of change, those that want to live in an open and honest world. If you think you think you would be a good fit for this program, please visit our ambassadors program page for more info!

What We Learned At The 2015 Montgomery County General Election

Success Is An Understatement: Follow My Vote & Liberland At Web Summit 2015