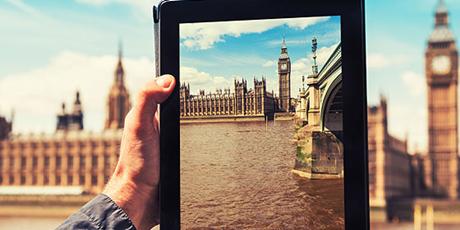 What has been in practice in Estonia for the past decade may find a new home in the upcoming UK elections. Anthony Walker, deputy CEO of Tech UK states: “We are confident the tools exist to address these challenges.” He speaks of challenges that seem to be stalling other countries that look to move to this more efficient form of voting. Challenges like security and and audit-ability have been address by Follow My Vote and we hope for a positive outcome to spring board conversations here in the US.

January 2015 saw the celebration of Democracy Day here in the UK, this year marking the 750th anniversary of the country’s first parliament, although it’s perhaps not an occasion up there with Christmas. The month also saw anti-austerity party Syriza win a majority in Greece’s parliament, on the promise of a renegotiation of public debt obligations that many believe are crippling the country’s economic recovery. It was quite the month for democracy, even if it passed many in the politically disengaged British public by.

The UK will be holding its own public vote in May, with some billing it the ‘lottery election’ because of the colourful range of parties that are in a real position to win seats this time. The Independent has narrowed the race down to just 100 key marginals, noting that Labour is likely to face fierce competition from the Scottish National Party, and the Lib Dems are in danger of dropping from a haul of 57 seats last time around to just 19 in 2015.

Just as the political race has been thrown a little more wide open, the digital world has come a long way since we voted back in 2010, and no doubt contributing to the loosening grip of the ‘big two’ parties. But, despite near-peak-smartphone penetration in the UK, policymakers are still yet to give the green light to online, or better yet, mobile voting.

Internet voting
In true, lumbering bureaucracy fashion, two different groups in parliament have been consulting simultaneously on proposals around a ‘digital democracy’. Speaker John Bercow’s Digital Democracy Commission has just produced its report, stating that internet voting could be online in time for the 2020 general election, while also noting that parliamentary language and procedures will need to be simplified by then if we have any hope that “everyone can understand what the House of Commons does”.