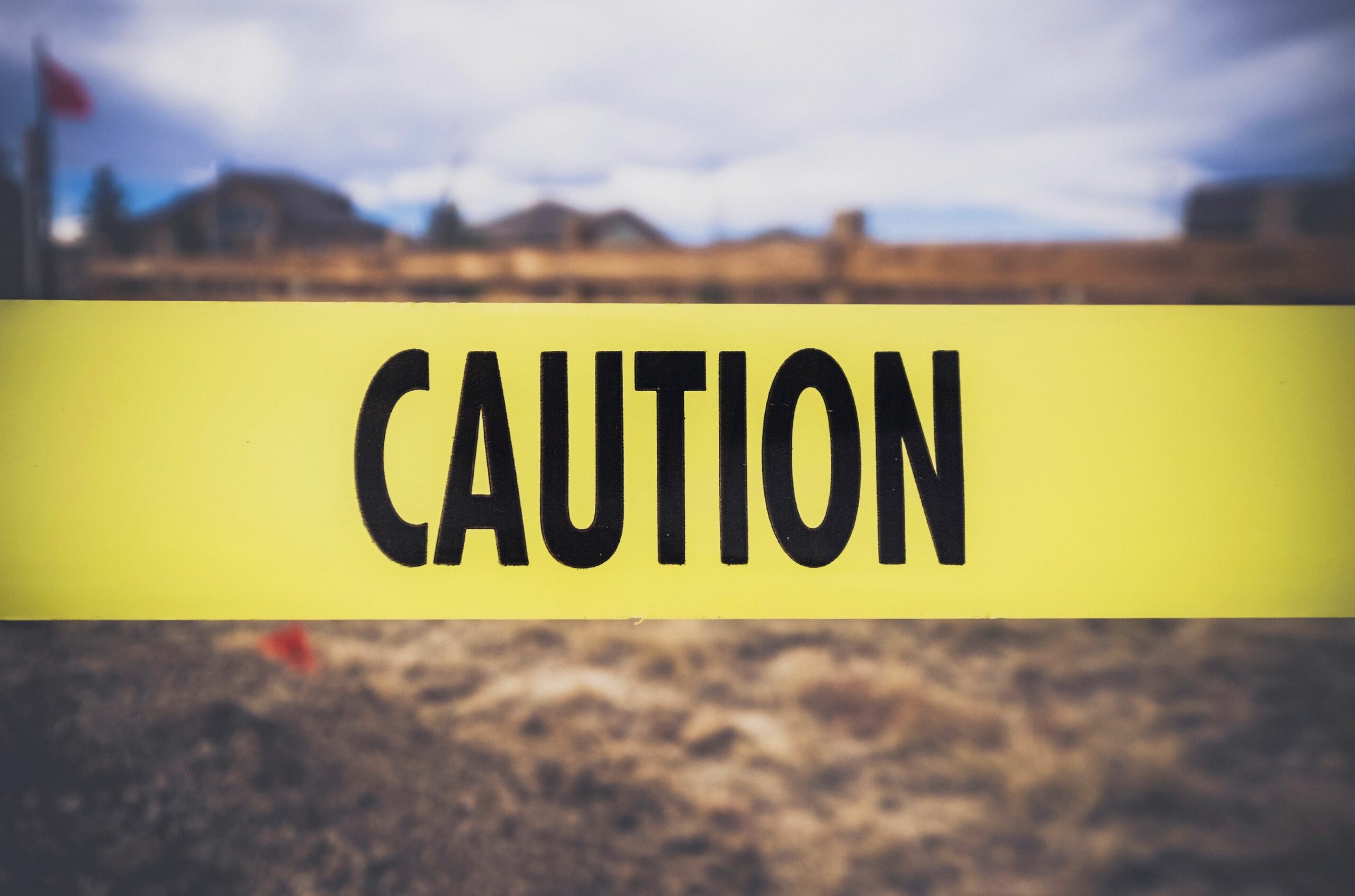 Upon creating, launching, and marketing Follow My Vote’s Kickstarter campaign, it has become quite clear that I made some mistakes I now know to avoid with future crowdfunding campaigns. After the review, we compiled the 8 biggest mistakes to avoid when launching your Kickstarter.

1) Not Keeping Your Feet On The Ground

If the fundraising goal you are planning on setting seems too high, it probably is set to high. When most people see a huge fundraising goal on a Kickstarter project, they immediately consider it unrealistic and usually choose not to fund campaign in fear of being associated to something that was considered a failure, as opposed to a success.

It goes without saying that launching our Kickstarter with a goal of raising $3,210,000 definitely scared a lot of would be contributors away.

2) Not Sending The Right Message

When creating your Kickstarter campaign, make sure that the message is clear, concise, and cohesive.

By choosing such an astronomically high fundraising goal, another mistake I believe I made was sending the wrong impression about:

Not only have I personally invested my life savings into this project, it’s important for the public to know that we are paying ourselves next to nothing to work on this project on behalf of the people. To be completely transparent, our salaries are set at $2200/month. This means that each of us on the core team (Will, Nathan, and I) are making just $26,400/year, and that’s before Uncle Sam takes his cut. After taxes, we are looking at around $1600/month on which to survive, and we have the pay stubs to prove it. We are stretching every dollar that we have, while making just enough money to make our ends meet.

We are a lean startup; it is in our DNA. In proposing a project budget that would result paying a large portion of our staff six-figure salaries, we admittedly strayed from our path. In our recruiting efforts, we have always chosen to hire people that are truly passionate about helping us fulfill our mission and less concerned about how much money they are getting paid to do so.

To continue to be successful, we must stay true to ourselves, put the mission above all else, and be willing to work at or below what the market demands. And, as we look to grow our team, we want to attract others that are willing and able to do the same.

3) Not Breaking down Your Big Project Into Smaller Projects

Although we have very ambitious plans to put a fully-functioning software application into the Google Play and Apple App Stores that supports end-to-end verifiable elections hosted on the blockchain, as early as the summer of 2017, it doesn’t mean that we should look to raise all the money we think we will need to make it happen in a single Kickstarter campaign.

At this point, we should be looking to raise just enough money to get us to our near term goal of developing software capable of hosting a mock election in parallel to the United States Presidential Election of 2016.

Prior to launching our Kickstarter campaign, I wasn’t aware of this viral aspect of Kickstarter. I also had no idea how people we’d be able to reach and/or how much they’d be willing to contribute once they saw our project. One thing I know now is that raising over $1,000,000 on Kickstarter in 3 days is completely unrealistic for any campaign.

5) Making Your Kickstarter Not Inclusive To Everyone

The more inclusive your Kickstarter campaign is, the more likely it will be successful. If anyone can contribute, the chances are that, more people will contribute. It is strictly a numbers game.

In specifically stating that we are targeting Millennials with our Kickstarter campaign, we instantly alienated 65% of the population. We are developing verifiable voting software for people of all ages to use to conveniently and securely vote from their own device on Election Day, so naturally our Kickstarter campaign should welcome contributions from people of all ages.

6) Not Keeping It Short & Sweet

Upon doing so, I remember thinking, “If we are going to raise $3,210,000, we are going to need as much time as we can get.” You’d think that giving yourself more time to raise money would be the smart thing to do, right? However, one thing I failed to realize is that, if you choose to run your campaign for longer than 30 days, what you’re really saying is that you are not confident that you can get your campaign funded in 30 days. With this in mind, people will pick up on your lack of confidence and may avoid contributing to your Kickstart campaign altogether.

Setting a shorter duration not only exudes confidence, which can be contagious, it also create a sense of urgency for people to donate in fear of missing an opportunity to be a part of a successfully funded Kickstarter campaign.

7) Picking A Poor Launch Date & Not Contacting Your Supporters Immediately

This is another area where I clearly made a few mistakes.

When picking our Kickstarter campaign’s launch date, I chose to symbolically launch our Kickstarter campaign on April 13th, in honor of Thomas Jefferson’s birthday. In hindsight, it was not the best timing for our launch date, as I had two week long business trips lined up and was forced to wait until I got back to our offices in Blacksburg, Virginia, to begin the outreach process.

To make matters worse, having already delayed my initial outreach emails by two weeks, I spent yet another week crafting comprehensive heart-felt messages that I thought would really appeal to my supporters. Shortly after sending them out, I received some feedback from our supporters that, although my personal messages were powerful and moving, they were way too long. In the age of 140 character tweets fighting for everyone’s attention, most people would have been immediately stopped reading the email as soon as they realized how long it was.

8) Spending Too Much Money On Marketing

If people aren’t contributing to your Kickstarter at the rate you were expecting, dumping money into costly paid marketing campaigns isn’t likely to make a big difference. The chances are that you have a bigger issue than you realize. Take a step back, figure out what’s really wrong with your Kickstarter campaign, and fix it.

In our case, we made all of the above mistakes. And, being that Kickstarter will not allow you to change your fundraising goal, once you launch your Kickstarter campaign, we now have one of two options:

Never fear. It’s not over for us. We will never admit defeat. We will never give up. We are fully committed to fulfilling our mission. Failure is simply not an option. We will always find a way to win and, with Kickstarter, it is no different.

I hope you take to heart what we have learned and remember the mistakes to avoid when launching your Kickstarter if you decide to go the crowdfunding route.

Other companies have launched Kickstarter campaigns that failed their first time around, only to become a huge success the second time around. For instance, the chart below features several gaming projects that had successful Kickstarter reboots:

Knowing what we know now, I’m proudly announcing Follow My Vote’s decision to reboot our Kickstarter campaign on June 3rd, 2016.

If you have contributed to our first Kickstarter campaign, I’d like to sincerely thank you from the bottom of my heart for doing so. You are now considered family to me. If there is anything that I could ever do for you, just let me know. I trust that we can count on you to contribute to our new campaign.

Keep in mind, if we reach 30% of our goal within the first 3 days of the campaign, we will be able to take advantage of Kickstarter’s viral algorithm (as mentioned in lesson #4).

Mark your calendars now! And, on June 3rd, be sure to visit this link to make your contribution: Kickstarter Reboot.

About the author: Adam Ernest is the CEO & Co-founder of Follow My Vote.
[contentblock id=blog-subscribers]

Proof That Rigging Elections Is Simple And Undetectable