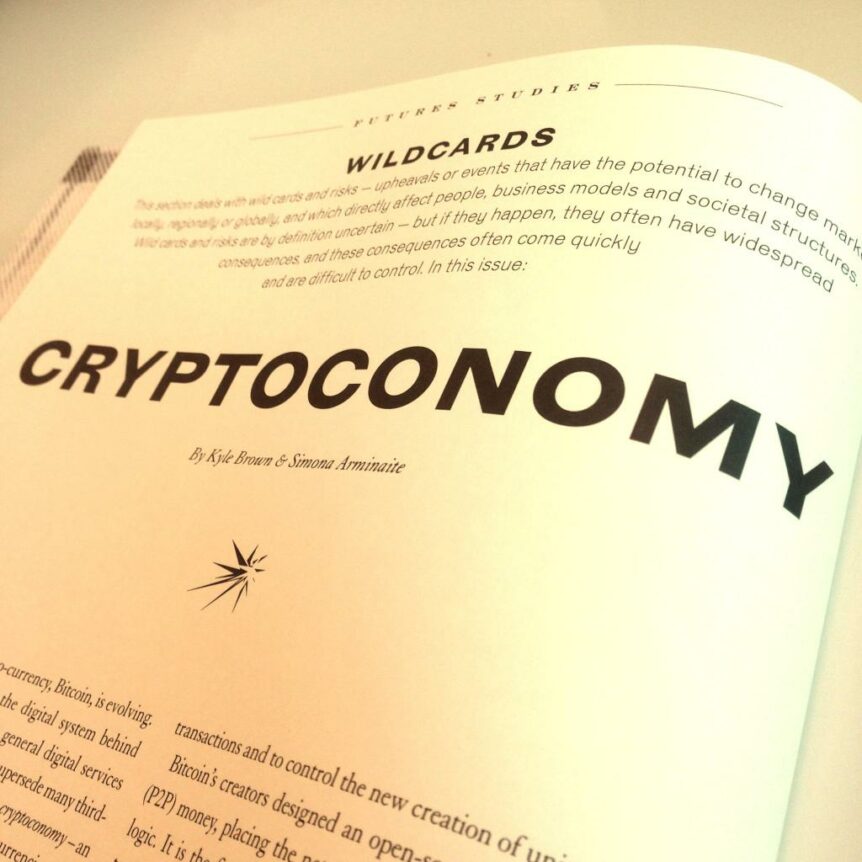 In just a short amount of time we have seen the industry of cryptocurrency absolutely explode. With this explosion came a realization that the doorway BitCoin opened has the opportunity to be absolutely blown open by the amount of applications the underlying technology, the blockchain, offers. Will the emergence of companies that exist solely in the blockchain be the guiding light into the enormous future that this technology is slated to bring us? Only time will tell and as long as we fight the good fight we are sure to see an opportunity to have Americans voting using the Follow My Vote platform. 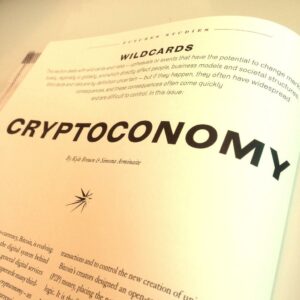 What Bitcoin started is metamorphosing into something bigger: a “crypto-tech” driven economy with its own value creation, not unlike the Web’s own economy. Welcome to the cryptoconomy.

Contrary to what appears today, this cryptoconomy will not be born by attempting to take over the current financial services system, nor by waiting for consumers to transfer fiat money into cryptocurrency wallets; rather it will emerge by creating its own wealth, via new types of services and businesses that extend beyond money transactions.

The cryptoconomy is a serious event. It is the next phase of the Internet’s evolution – the decentralization era. Its genesis is Bitcoin’s backbone technology: the “blockchain”, a new term with applicability outside of just Bitcoin. The blockchain is like a new type of database ledger whose data is stored via a cryptographically secured, semi-public, semi-private way. That kind of openness ushers a path for point-to-point value exchanges, without trusted intermediaries or central parties.

A cryptocurrency is the perfect digital money. But money is only a form of value. The blockchain is a perfect exchange platform for digital value, and it can ride on the Internet, the largest connected network on the planet. The resulting combustion is digital value that can move fast, freely, efficiently, and cheaply. Therefore, the blockchain is a new “value exchange” network.

What if the blockchain could move any digital asset? What if you could take any legally binding construct like identity, ownership, contracts, or rights, and attach it in a unique, unforgeable, and auditable way to the blockchain’s cryptographically secured ledger; then you open the path to millions of usage scenarios that gain wings by being tied on the blockchain. What if organizations based their operations, culture and values on what the blockchain enables?

In 1995, the Internet took off as soon as we started to program it with “Web applications”, and it is the same path that the crypto-tech revolution is on.