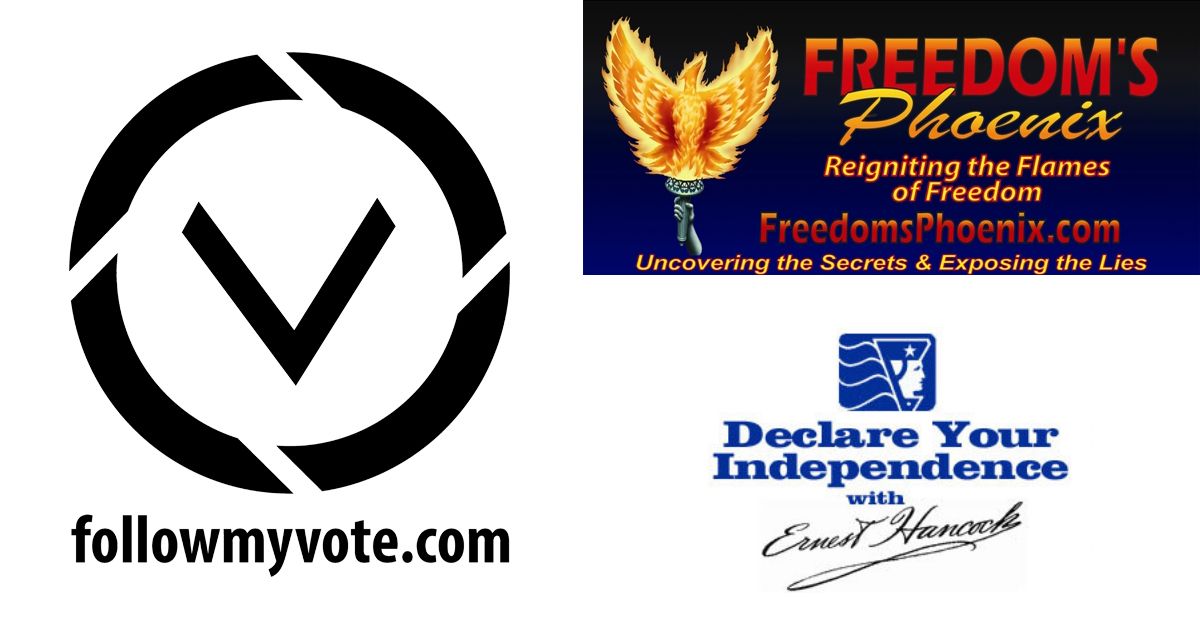 Follow My Vote was featured on the radio show, Declare Your Independence with Ernest Hancock, on June 21st.

To promote our Kickstarter!

CEO, Adam Ernest and CTO, Nathan Hourt joined Ernest Hancock on his radio show to let listeners know about our Parallel Election. This election will run alongside the 2016 Presidential Election proving to the world that blockchain voting is a secure viable voting method.

We will also prove that people want verifiable voting and demonstrate that we can successfully include this feature while protecting anonymity and privacy.

Adam and Nathan joined several other key members from Porcfest on the air. Matt Philips, President of the Free State Project spoke along with Tarrin Lupo, author and schedule coordinator of Porcfest 2016.

Listen to the Radio Recording.

Follow My Vote team members attended Porcfest where the radio show was recorded live. Porcfest is the Porcupine Freedom Festival organized by the Free State Project. We attended to spread the word and garner support for our voting software and Kickstarter from freedom lovers from around the United Sates.

Declare Your Independence with Ernest Hancock Radio Show is the product of FreedomsPhoenix.com “Over a period of years, Ernest Hancock envisioned having a news and current  information website where anyone could quickly and easily post news articles, opinions, and links to stories on other sites about any subject they wished to bring to people’s attention.  He wanted a site where visitors could find the real truth about what’s going on in the world and quickly get the information they needed to keep informed, rather than be subjected to the filters of a slavering collective mainstream media awaiting the approval of their government masters. FreedomsPhoenix.com was developed to satisfy those needs and has rapidly grown to include the work of writers and editors on many timely topics.”

Source: FreedomsPhoenix.com
About the author: Will Long is the Marketing Manager of Follow My Vote.
[contentblock id=blog-subscribers]