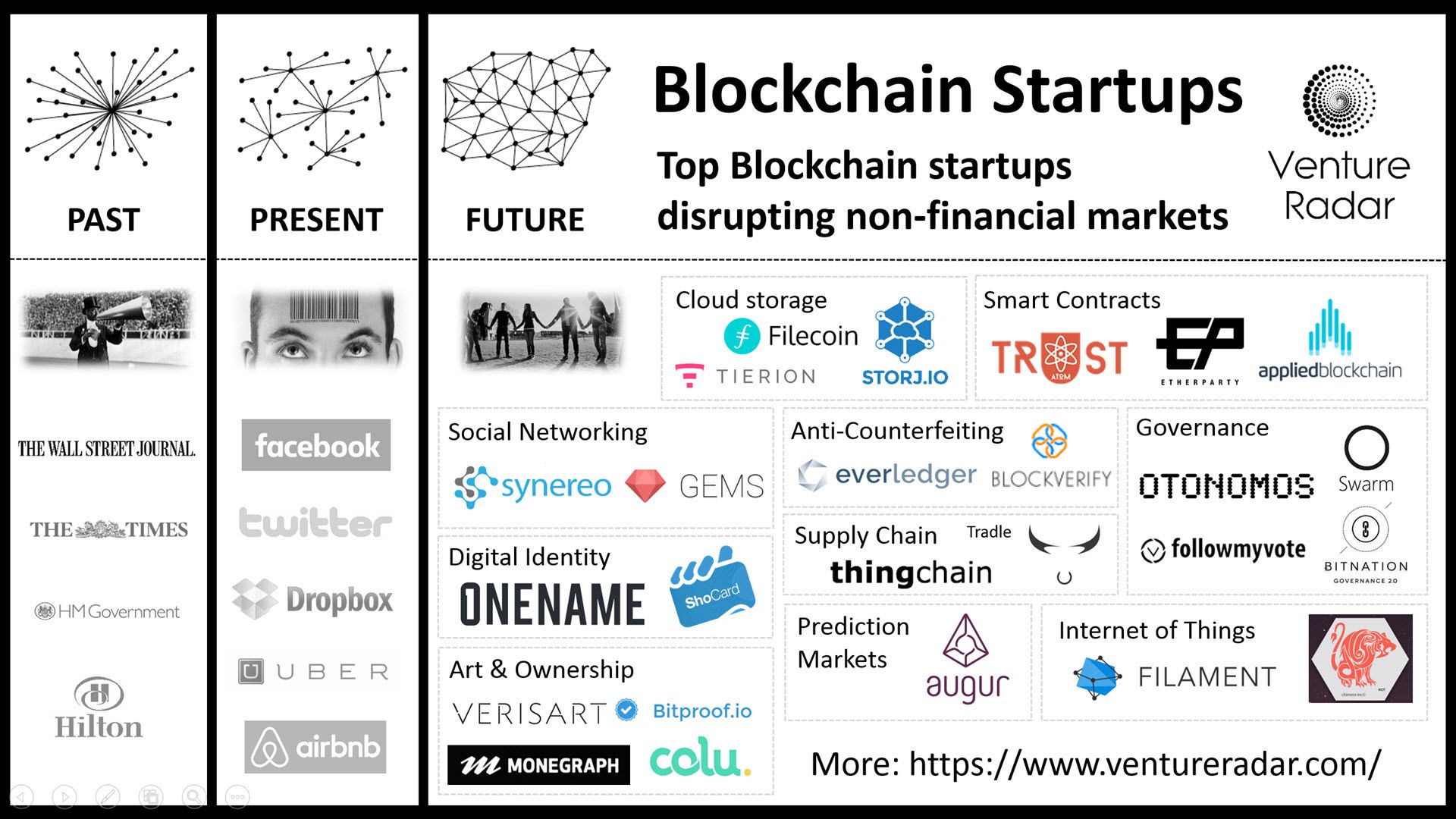 Follow My Vote has been named one of the top 25 non-financial blockchain startups by Venture Radar for innovating and disrupting in the governance sector! In this info-graphic featured above, Follow My vote has been put along side projects and companies such as  Swarm and Bitnation, which attempt to improve or disrupt government type functions.

Follow My Vote can be extremely useful to established and future governments. We can provide end to end verifiable voting systems that can keep elections truly honest and accurate. Many of the blockchain startups featured are dependent on new laws or shifts in the way people are governed and able to issue securities. At Follow My Vote we pride ourselves on being a blockchain startup that has software that can be implemented now. Governments that allow online voting and organizations such as businesses and political parties can use our system with ease for truly honest online elections.

Venture Radar is a a company based in London, UK that essentially connects organizations with new technologies and expertise to help them grow and innovate. They have a “company discovery engine” that trawls the web to discover, retrieve, and organize different kinds of companies.

Many different types of blockchain startups are included in this info-graphic. They have included companies tackling areas such as smart contracts (which we know BitShares for), cloud storage, social networking, anti-counterfeiting, digital identity, supply chains, ownership, prediction markets and the internet of things.