Following the pattern of all the recent talks on budget proposals and spending plans by both parties, House Budget Committee Chair, Paul Ryan has presented another budget spending proposal for the next ten years that the House has passed along partisan lines, just a few days ago.

This proposal comes with much attention being placed on the increasing federal debt and federal spending increases that have been a staple of President Obama’s second term, as his focus continues on the funding of the Affordable Care Act and entitlements.

The focus of Mr. Ryan’s spending proposal was most likely not to actually pass, as the Republican plan doesn’t stand a chance of passing the Democratic-led Senate; but, it does send a message about his vision for spending and the federal debt in the upcoming years.

The Congressman’s plan would cut about $5 trillion in spending with these cuts coming mostly from entitlement programs such as Medicaid, as well as lowering the subsidies that are currently provisioned under the Affordable Care Act. 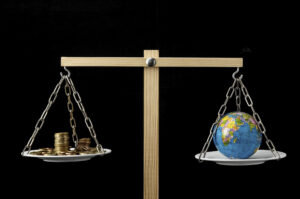 The proposal focuses on the goal of eventually balancing the budget within the decade. Many Democrats have lashed out at the plan and cited its leniency on corporations and the wealthy but plans to cut entitlements for the poor.

The budget proposal comes after Mr. Ryan and Democratic Senator Patty Murray settled on a bipartisan bill to finance the government this year.

Many see Ryan as a potential candidate for the White House in 2016 and this proposal gives a blueprint of his vision for government spending, should the control of the White House shift to the Republican Party.

The Congressional Budget Office reported that under current federal spending trends, the amount of money spent on programs such as Medicare, Social Security, and Medicaid will grow faster than the economy itself in the coming decade and could equal as much as 23% of the total Gross Domestic Product, should these patterns continue.

Mr. Ryan has pushed for a proposal that sharply differs from that of Democratic proposals, as their support for entitlements remains a top priority.

Up, Up, and Away: Entitlement Trends in the Obamacare Era

Obamacare Marches On: 8 million signed up according to White House